I’ve just read back over my last two blogs and I’ve noticed a theme arising; normal people. I’ve mentioned them a few times in a number of blogs and I’ve started to realise that I’m jealous. Or deluded. One of the two. Let me give you some examples:

I’m currently laying on my bed, having just got out of the bath. I am surrounded by piles of clothes that need ironing (see picture), and tonight is the only night I have available to do it.  I really cannot be bothered. Last week I got halfway through a massive pile and decided that actually I couldn’t be bothered to do it and who needs this many clothes anyway? So I put what was left into 2 bin bags and I took it all to the recycle point outside a local supermarket! I didn’t even look through it to see what I was throwing away! I didn’t care! Are these the actions of a normal person?  Even worse I’m considering doing the same tonight!!

One reason I can’t be bothered to do the ironing, is that earlier today (in my unerring idiocy) I decided to finally take some time to clear out the kids room. Big mistake. I have got as far as creating a huge mess that started off as piles of things to keep, things to put away, and things to give away, and has ended up just becoming a mixture of random stuff that I can’t decide what to do with. Or I did decide but the piles have merged into one. I’ve just been toying with the idea to get the bin bags out and chuck it all. That will sort it!! However I can’t actually summon up the energy to even do that and now I have a pile of ironing and  whole room of crap sitting here waiting for me to do something!

As I say I’ve just got out of the bath. Prior to getting in the bath I looked on the mirror and realised that it was domething I should probably have done much earlier on in the day; like before I set foot out of the house! Perhaps that way I might have noticed that I had forgotten to brush my hair since washing it last night, perhaps I’d even have noticed the bit of sellotape that was stuck firmly to my chin, I’ve no idea how long I have been walking around like that. I know I have a propensity to the dishevelled look but blimey, I’ve excelled even myself! I’ve even been shopping like this.

Speaking of shopping, I joined the Cycle2work scheme at work this week, giving me £500 to spend on a nice shiny new bike. So, naive as I am, I thought I’d pop to Halfords to pick a pick, maybe a few shiny accessories, to make me look the part. Who knew that buying a bike could be so bloody difficult? So many decisions, about things I know nothing about. Do I want hydraulic brakes or cable ones? Mountain bike or road bike; actually perhaps a hybrid would suit me better? 20 inch frame or 18? Cross bar or no crossbar? Suspension or not? The questions came out of the salesmans mouth like he thought I might be a person who would know the answers to these questions, or at the very least understand what on earth he was saying! Seriously, had he not noticed my hair?! I spent half an hour doing both of our heads in before politely excusing myself and saying I would do more research online prior my return tomorrow with a decision!! Yeah right! Decision? That’s not going to happen.

Today the kids are at their Dads. I am always saying how lovely it would be to have time alone and yet the minute I drove away from dropping them off, I came over feeling all desolate. Like I am alone.  Turns out I actually quite like having the little sproglets around. They make me feel complete, no matter how badly behaved and demanding they can be. The thing is I know that within 5 minutes of them returning tomorrow, I will be fed up of the bickering and moaning and wonder what it was I missed exactly whilst they were away!

So, I ask you is it any wonder i appear to be obsessed with being normal? My life would surely be so much easier. No one else I know seems to struggle so much with the basics of being a grown up as I do! Surely at the ripe old age of 36 I should have mastered the art of brushing my hair and checking the mirror before I leave the house? I should be able to pick out a bike, or clear out a room? Shouldn’t I? 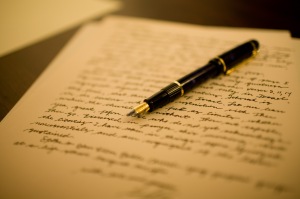 I’ve been asked to write to you; to say something that will make you realise the error of your ways and to stop the madness, the craziness that is your world.

I can’t though. What they don’t realise is that there is nothing that I can say that will do that. There is nothing anyone can say, that in a moment will flip a switch to turn off the craving, the need for that drug or that drink. It doesn’t work like that. If only it did. If it did you would likely have stopped years ago. Perhaps you would never have started. Who knows.

What I do know is that the world of an addict is tumultuous. People, and by people I mean non addicts, those “normal people” we are supposed to strive to be,  would like to think it is one of misery and of desperation. There is no denying that is true, but it is also a world which is exciting and slightly or sometimes a lot, dangerous. A world where rules are there to be broken and adrenaline flows in abundance. There is a certain attraction in the lifestyle, in fitting in where many wouldn’t, you can be someone that you couldn’t be in the “normal” world; respected, strong. It is not always grey in the world of an addict and it is important to remember that. To deny it would be to deny the truth.
In a world that you’ve never completely felt at ease in, you have, as an addict, carved a niche, a place where expectations are few, or at least are ones that you can live up to. If you don’t live up to anyone’s expectations you have an excuse, a reason; what do they expect? They know you have problems don’t they? They shouldn’t expect so much from you.

So next let’s think about your children and your family. If you loved them you would stop. If you cared enough it would be easy. Every addict has been told it many many times. What they don’t realise is that in some way this is the only way you can be a parent. The only way you can get through the moments where you feel helpless and useless. That the drugs have nothing to do with you loving your children or otherwise, and much more to do with the fact that you need them to even function as a human let alone as a parent. The drugs or drink are what allow you do as much as you are doing. And you are doing your best aren’t you?

And the criminal acts? They are just necessities in the lifestyle of an addict. How the hell else are you going to earn the money you require to feed the hunger of your addiction? What do people expect from you? That constant ache that grumbles constantly lest you forget that soon it will need more fuel. It’s constant demanding to be fed. It’s like a constant voice in your ear, whispering at you incessantly, warning you of the consequences if you fail to fulfil it.

But I want to tell you this: it can be done; that switch is there, it’s just not possible for anyone else to flip it for you. You have to find it yourself. And right now that might feel like a fumble in the dark, but hopefully, you will find it. Actually, in some cases it is more like a dimmer switch that slowly turns off, gradually you will realise that there is another way to live. A way that is more than survival, and perhaps a little bit more like living.

And life can be exciting in different ways. You can get an adrenaline rush from the simple act of being able to lay still on your bed without the incessant chatter of your addiction whispering in your ear. You can wake up and realise that you didn’t think about drink or drugs all of yesterday and find yourself smiling that you went a day without thinking of it.

And you can learn a whole new side to your children. A side you never knew existed due to your previous unstable state. You can see the pleasure in their face when you lay in bed in the morning, snuggling up to them rather than making excuses to leave, so that you can feed the hunger of the addiction. You can get to know them again, on different, fairer terms. You can love them for the amazing people they are rather than just because they are your children.  And it may take a long time to build the bridges that you didn’t even realise you had burned, but it will be worth it. Every moment.

And perhaps one day you will know the pleasure of paying a bill with your own hard earned cash. Not stealing it, not begging for it or borrowing. The feeling of doing something so mundane and simple that you are surprised to realise that you are doing something that those “normal” people do. It may sound stupid to you right now, but maybe not, but it’s true, one day it will be an achievement.

The main thing I want you to know is that you can do it. You and only you can change the path of your life. It won’t be easy, and it will not be a straight path. More likely, it will be hilly, and rocky and the road will not be straight, but there are many routes along it that you can take, there is not just one road to follow, you can do it your way.  And you can make it. I know you can. Because if I can make it, the pathetic person that I had become, you can make it. Don’t expect it to be easy. Nothing worth it ever is; remember the things you’ve had to do to feed your addiction, it wasn’t always easy, but you did it anyway. All you need to do is put one foot in front of the other and grasp every helping hand on the way.